Speech Pathology Australia has just announced the winners in its annual Children’s Book of the Year Awards. Read what the judges said.

A dog that narrates the story, the diverse native animals of Uluru, and mateship between an Indigenous Australian and a white Australian during wartime feature in the books celebrated in 2019 Children’s Book of the Year Awards by Speech Pathology Australia.

Tim Kittel, President of Speech Pathology Australia, explained the group presented the awards, now in their 16th year, because speech pathologists understood the link between language, speech and reading.

‘We are in a unique position to recommend books to parents and teachers. Speech Pathology Australia conducts its Book of the Year Awards to identify the best children’s books available, which promote language and literacy development,’ he said.

Mr Kittel said the books recognised in the awards were not only great Australian reads, but encouraged good language and literacy skills amongst children.

‘Sadly, those with poor literacy skills will find it harder to get an education, find a job, and take part in our society. Literacy is a vital and fundamental life skill.’ 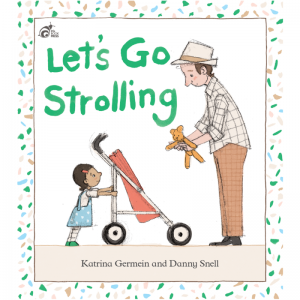 The judges said: ‘Let’s Go Strolling is a beautiful book for parents to share with their babies and toddlers. It is a narrative that follows a sequence readily relatable to most young children and their families – taking the stroller to go out for a walk for the day. The author’s choice of text is excellent for early language learners as it models simple, early expressive phrases, while allowing the parent to emphasise and elaborate on key words. The rhyming is perfect.’ 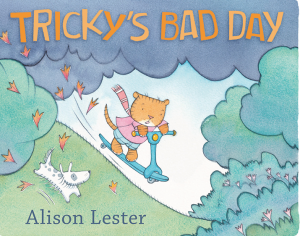 The judges said: ‘Tricky’s Bad Day is a very relatable story for children in the three to five years age group. An early striking feature of the book is that the mother needs to get ready for work while dad is spending the day with the children. The book contains descriptive language and phonological awareness concepts like rhyme and rhythm. The rhyme and rhythm are strong in the text. The rhyme is never forced and uses age appropriate vocabulary.’ 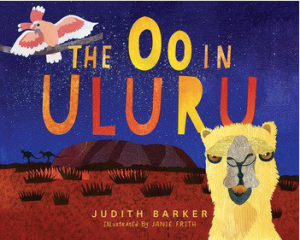 Five to eight years: The Oo in Uluru, written by Judith Barker, illustrated by Janie Frith.

The judges said: The Oo in Uluru showcases Australia’s diverse wildlife, while highlighting the national landmark, Uluru. The book describes a range of native animals in the environment using language appropriate for its intended audience. The visuals in this book are bright, colourful and engaging. There are animals on display beyond the usual kangaroo and koala, which young readers will find interesting and stimulating.’ 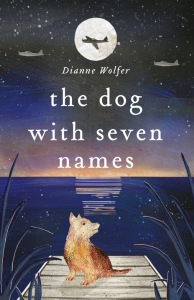 Eight to 10 years: The Dog with Seven Names, written by Dianne Wolfer.

The judges said: ‘The Dog with Seven Names has a strong narrative format that encourages the reader to follow the journey of the main character. There are many aspects in the book that children will be able to relate to in their own lives. With the book’s main character, a dog, as the narrator, the reader follows the ups and downs of life with the dog in a very genuine and empathetic way.  Viewing events through the eyes of a dog invites discussion and reflection for the young reader.’ 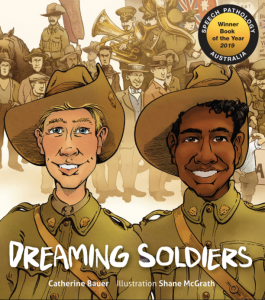 The judges said: ‘Dreaming Soldiers tells a wonderful story of mateship between an Indigenous Australian and a white Australian through the course of their life and wartime experiences. The book addresses important topics such as racism, different cultures, and war, while showing that despite our differences we face similar obstacles and challenges. The book encourages a reader’s development of imagination and curiosity through arousing an interest and connection with real world events as told from the perspective of an Indigenous Australian character.’

You can find out more and download the awards poster.