Dr Michael Carr-Gregg’s book Surviving Adolescents has just been updated, with adolescent health expert Elly Robinson. We speak to her about the challenges teenagers are facing, and what parents can do to help.

Dr Michael Carr-Gregg’s book Surviving Adolescents has just been updated, with adolescent health expert Elly Robinson. We speak to her about the challenges teenagers are facing, and what parents can do to help.

Can you talk about the motivation for writing a new edition of Surviving Adolescents? How have things changed in the 10 years since it was first released?

Young people have fallen off the political agenda now for a number of years.

There’s no doubt that a focus on the early childhood years is critically important for positive outcomes, but adolescence is the second riskiest period of growth and we’re failing our young people at present. This is most acutely reflected in high rates of mental health problems, growing stress and anxiety.

Around one in 13 11 to 17-year-olds have a major depressive disorder. One in 12 have self-harmed, which is particularly common in young women. Around 40,000 young people attempt suicide in any one year, and suicide is the leading cause of death for 15-24-year-olds. 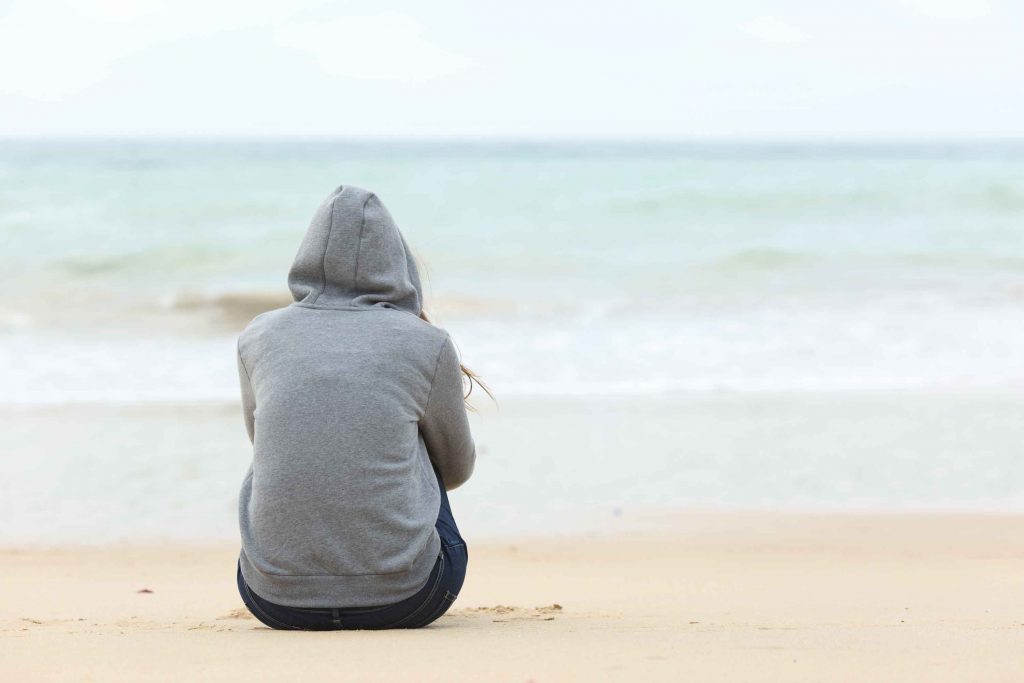 It seems more important than ever to ensure that parents and carers and those who work with young people have the skills, knowledge and strategies to provide this generation of young people with the love, stability, routine and predictability they need.

The book talks about our teenagers being under a relentless emotional siege and a calamitous picture of failing mental health.  What are the causes?

Teenagers are swamped with social media and advertising images that are unrealistic and unachievable. Just when a young person’s identity and sense of self is most fragile, they face more judgement and rejection than ever, thanks to the digital social media colosseums in which they engage. 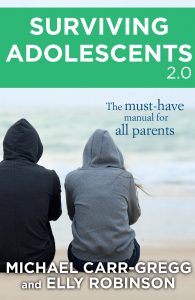 We know that school and family stressors contribute to problems as well, with factors such as unemployment and family breakdown playing a role. One study has shown that Year 12 is particularly stressful, with almost half reporting a level of anxiety that is high enough to be clinically concerning. One in three higher education students report that thoughts of suicide and self-harm affected their studies. So it doesn’t necessarily dissipate in early adulthood.

We need to change the cultural narrative around teenagers. Most parents look forward to the teenage years with the same level of enthusiasm reserved for their tax returns.

The fact that teenagers don’t enjoy a public profile doesn’t help – they have a reputation for being self-absorbed, irresponsible and materialistic. It’s a perception that is unfair, wrong and exceptionally annoying to young people. Ask any teenager, for example, how it feels to be followed around a shopping centre by security guards – presumably for the crime of being a teenager.

Are parents struggling to cope with this new environment?

Parenting teenagers has always required a new bag of tricks. But the current environment, especially with the 24/7 advent of technology, makes it all the harder. A study by the Parenting Research Centre with 2600 Victorian parents, 40 per cent of whom were fathers, showed that parents of 13 to 18-year-olds were less likely to agree that they had the skills necessary to be a good parent to their child than when they were younger.

Parents were also more likely to feel that they were more often critical of their teenagers than their younger children. This is not surprising – of all the events that occur in a family’s lifecycle, adolescence is the most likely to test the flexibility, tolerance and relevance of past parenting practices.

The good news is we understand a whole lot more about adolescent development than in the past, and we can use this to our advantage to parent and work with teenagers. 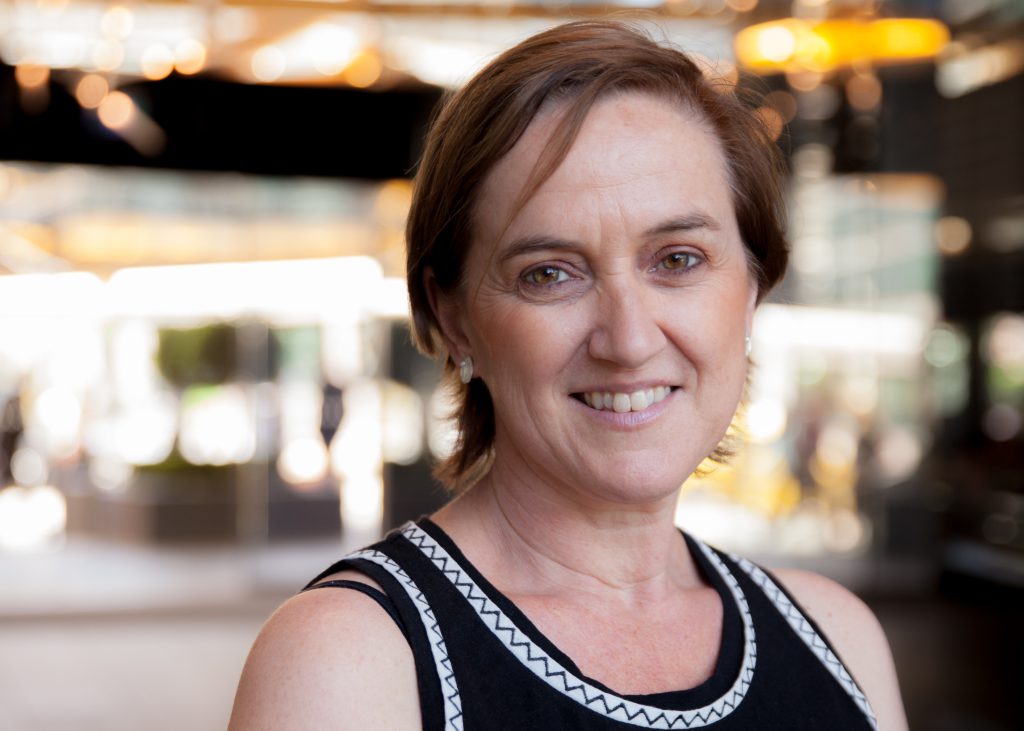 Elly Robinson: We need to change the cultural narrative around teenagers.

Understanding the developmental psychology of adolescence, the stages of adolescence, how the teen brain develops and works, managing risk factors and promoting resilience, negotiating effectively and communicating well are all learned skills that parents, carers and professionals can utilise. There’s plenty of help at hand online for parents of teenagers, for example, the Raising Children Network and the Healthy Families website, run by beyondblue.

What are the signs of stress that parents can look out for?

It is an age-old adage that mood swings and irritability are a normal part of being a teenager. To some extent this is true, but generalised ideas about teens are not helpful to parents and carers when they are trying to identify when to worry.

If your teenager is showing signs of low mood, is upset or crying and is irritable on a consistent basis for two weeks or more, it’s worth having a chat to your GP as these might be signs of depression.

Other signs are when a teenager is less engaged with the things he/she used to love, spends less time than normal with friends or is not really ‘there’ at family events or activities. It’s difficult to start the conversation with your teenager if you think there may be something amiss.

A good way to do this is to think about location. Some teens will engage if they are active and mobile, so ditch the intense dinner time conversation and go to the park to kick a ball around.

A car drive is also a good strategy; your child is captive and they don’t have to make uncomfortable eye contact. Make sure you are doing less talking and more listening, and be your teenager’s biggest fan. Listen to what they have to say, what is troubling them and resist jumping to conclusions or advice.

What advice for parents do you have to help build resilience in teenagers? What are the dos and don’ts?

We know that teenagers who have an adult mentor or role model in their lives are more likely to think twice before doing anything that might damage that connection.

A significant other adult in your child’s life, whether it be a teacher, sports coach or a parent’s friend, can provide a sounding board for a teenager to talk about their lives at times when they may not feel they can share things with a parent.

It’s also really important to engage your teenager in activities that they can develop skills and confidence in. Providing them with a succession of structured activities that they are good at and enjoy, whether it’s a sport, drama, art or music, helps to build competence and confidence. It allows them to take healthy risks and mix with peers who have similar interests and offers routine among the usual chaos of teenage life.

Extracurricular activities will often give your teenager something to do after school, and this is important when we know that risk-taking is actually highest in the hours between the end of school and when a parent gets home from work.

It’s also good to talk to your teenager about the value of positive self-talk. What we think is how we feel, and resilient teens talk encouragingly to themselves.

Lastly, keep in mind that many teenagers look like they’re physically ready for anything, but they’re not cognitively or emotionally well developed yet. While your teenager is a work-in-progress, parents and carers need to keep setting boundaries, enable routine and predictability in the background and be there when things inevitably fall apart.