Morris Gleitzman: Why Our Young People Need Stories More than Ever

We speak with acclaimed children’s author Morris Gleitzman about his role as Australia’s Children’s Laureate, and the power of stories to inspire.

As a child, Morris Gleitzman would front up to his local public library in his English home of Welling in Kent. The shelves were filled with the books of mid-20th Century children’s literature, Enid Blyton’s works foremost among them.

Yet there was another author – part of that canon but very different – that the child would discover: Richmal Crompton, author of the Just William books.

The main character is 11-year-old William Brown, who leads his group of friends known as the Outlaws on assorted adventures.

Morris recalls the appeal of Crompton’s writing, how she presented the inner worlds of her characters. And for Morris, the character of William Brown was ‘utterly convincing’.

‘There was a wonderfully complex recognition,’ says Morris. ‘He is just like me, but he is not entirely like me.

‘There are aspects to him – his capacity to throw caution to the wind, not be held back by social convention or regulations in his desire to solve the problems in his life – that I found very inspirational as a young person.’

It is that kind of connection that Morris hopes to inspire in young readers through his role as Australia’s new children’s literature laureate.

The author of 40 children’s books believes that young people need stories more than ever to help them navigate an often dark and uncertain world. Stories are where they will be delighted and inspired, a place where they can develop creativity, empathy and bravery.

It was one of those moments when you suddenly feel that this is really right for me, right now, says Morris.

He felt he could ‘focus on his own piece of the landscape of young people’s reading’, by looking at the role stories have to play and what they can contribute to young people in these difficult times.

He meets many young people, and has been listening to them talk about how they see their place in the world, and what their futures might hold.

Morris sees the potential for his ‘slightly exalted position’ to provide opportunities to talk to more adults – including policy makers – about how resources might be allocated and encouragement might be given. He can also remind them of the contribution of stories to their own childhood and development.

‘Busy policy makers don’t always want to have conversations about things whose importance they may have forgotten,’ he says. ‘So to have this title will help me knock on some doors and perhaps people will feel that they had better give me a few minutes.’

In truth, Morris Gleitzman would have probably been listened to anyway, having produced a body of work that has made him a one of Australia’s most successful authors, a favourite among young readers and their parents. 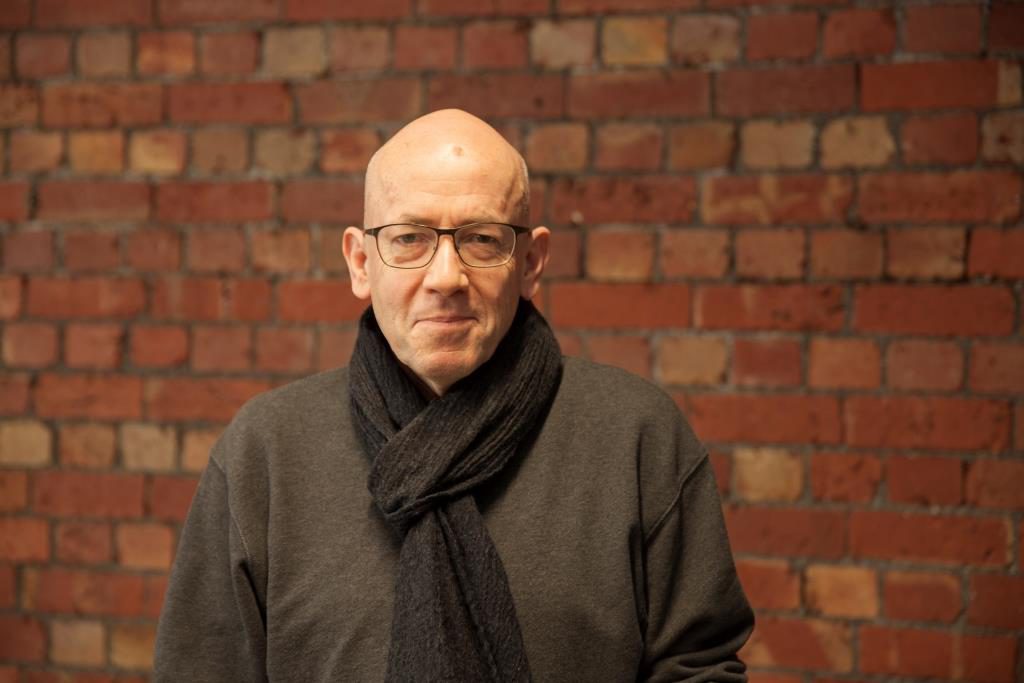 His books can be very funny, or deal with serious subjects, such as his acclaimed Felix series, telling of the struggles of an orphan surviving in Poland during the Nazi occupation.

Morris came to writing children’s books after a detour writing for the screen. After emigrating from England to Australia with his family when he was 16, he went on to study journalism and then work for a decade as a screenwriter –including writing for The Norman Gunston Show in the 1970s – before a fateful decision to write a novel for young people.

The influence of Richmal Crompton was already part of his approach to storytelling. He liked the way she used humour to provide insights and connections with serious aspects of life.

And there was her ‘absolute respect’ for what a child perceived as important in their life.

‘Her unwavering respect for that was something that impressed me hugely as a child, and has become something of a touchstone for me as an adult writing for young people.’

Another touchstone is that problems aren’t always solved in his children’s stories. Young characters are often confronting problems far bigger than they are equipped to deal with, going on a journey of self-development.

‘So I discovered early on that a very satisfying and worthwhile story can still exist if the problem hasn’t been solved at the end of the book, but the process of trying to solve it has resulted in huge and beneficial changes in the main character.

‘I am perfectly happy to write stories in which problems don’t get solved because this allows me to have young people grappling with some of the really big and urgent and interesting problems. 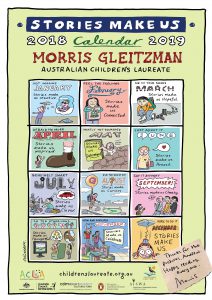 In the tradition of his laureate predecessors, he’s produced a calendar poster that captures the themes and ideas, with wonderful illustrations by Andrew Wheldon. You can download it here.

He’s starting off at a functional level, looking at the components of a story. January, for instance, was ‘Just Imagine. Stories make us creative’.

Each month, he will develop those thoughts and ideas. He hopes that the Australian Children’s Laureate Foundation website can be used as a depository where these ideas can be developed, and people can join the conversation.

The digital age, of course, has created many debates about the impact of technology on reading and literacy.

Morris isn’t worried about the way books are delivered.

‘I recognise that my delight in the paper book is largely an emotional and personal thing,’ he says. ‘I think to try and impose that on other people is missing the point really because, for all of the sensual pleasure of the smell of a new book, it’s what is on the pages that is important.’