Mem Fox on the cycle of life

The inspiration for Mem Fox’s new book was the realisation that one day her grandson would lose his grandparents. In this interview with The Parents’ Website, the acclaimed author talks about children and grief, and the special bond between grandparent and grandchild.

We talk with Mem Fox about her moving new book The Tiny Star, with beautiful illustrations by Freya Blackwood. The story was prompted by the realisation that her grandson would one day lose her and her husband.

Can you talk about your relationship with your grandson? How is it different from being a parent? 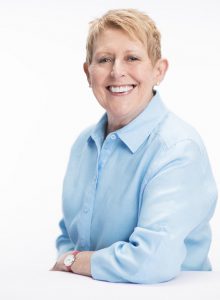 Mem Fox: I hope it comforts all the very young children whose grandparents eventually disappear.

We bond deeply with our own babies, of course. But we have to bring up our children up in a world of necessary rush and busy-ness. There are multiple things to do as parents, besides parenting, especially for young mothers and fathers who are holding down careers as well. Grandchildren, on the other hand, have our undivided, slow, personal, un-busy, Zen-like attention. The relationship between us is almost secretive in its difference, as if we have a special code that’s only ours, a love that’s ridiculously divine, and a respect for each other that’s utterly unique

Do you think the role of grandparents has changed?

I do think the role of grandparents has changed. We are wired to care for our grandchildren while our children go out to work, which still happens in many countries around the world, including parts of Europe. I sometimes wish, in a life-cycle sort of way, that grandparenting were now my only role in life, as well as caring for people even older than I am. I feel deeply that that’s what a woman of my age should be devoted to. But my career is still demanding, involving a lot of work and being away from home and my family. Even my adult daughter sometimes says: ‘Nanou, please don’t go!’ I’m truly torn.

The inspiration for the book is the fact that one day you will leave him. You’ve talked movingly about leaving him bereft. Can you talk about when that realisation took hold? And when you decided that a book would help him?

I bonded with my grandson the day after he was born. He was premature and was in hospital for his first three months of life, so he was in a fixed place and couldn’t escape from my loving attention, my songs, my reading aloud and my endless chatter. 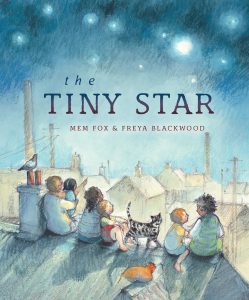 But it was when he was about three that I came to realise the strength of our bond and I was alarmed about the future. I didn’t have anyone in my acquaintance die until I was 38 when a friend died of a heart attack. None of my close friends has died even now, and I’m 73. My parents lived till their very late 80s, and although I was distraught, it was time for them both to die, given their dementia. Grief struck me hard when my younger sister died two years ago, but given her circumstances also, there was a sense of relief, for her.

I didn’t know my own grandparents because I’d grown up in a different country, so their deaths left me unmoved, except from my paternal grandfather’s, whom I re-met when I came back to Australia. I grew to love him when he was in his 90s and I was in my early 20s, but I had had no bond with him as a child.

My grandson will lose my husband and me perhaps within the next ten years. The grief doesn’t bear thinking about. It took me six years to write The Tiny Star, so it’s not for him anymore. He’s nine. It’s more for me, I guess, to comfort myself. And of course, I hope it comforts all the very young children whose grandparents eventually disappear, and who need a more cheerful ending to the sad ending of that relationship.

The Tiny Star is eloquent in its simplicity, and of course, beautifully illustrated. While it is a children’s book, it also speaks to an adult audience. Was that the intention?

Yes, it was my intention to write for both children and adults, which is one reason why the gender isn’t mentioned, since I wanted adults also to be comforted by the book, when either their mother or their father had died. In any case, as a children’s picture book writer, I always have to write for adults, since they buy the book. The dual audience is tricky. Children have to be the major focus, always.

Death and grief have always been difficult discussions with children. Yet there seems to a growing awareness that such challenging issues should be discussed. The recent Play School episode, which included a reading of your book Sophie, on the subject broke new ground…

I was surprised by the kerfuffle over Sophie. It’s pointless to pretend that everyone lives forever. David Attenborough has been very useful in telling us about life and death in the wild by making sure we see it as a natural occurrence. I don’t think it’s necessary to talk about death when it doesn’t naturally  come up in the conversation, but when it does, or when a death occurs, it seems to be to me to be almost wicked not to deal with it with the greatest sensitivity, head-on. To avoid it is surely psychologically dreadful.

Can you tell us about the first time you read the book to your grandson?

He’s been able to read for many years, so he read it to himself. Halfway through he pushed it aside and said: ‘No, no, too sad…’

‘Hang on a minute,’ I said. ‘It’s got a happy ending!’ So, he finished it and looked up and said, ‘Nice book, Nanou,’ as if he were bestowing a massive compliment with the word ‘nice’. He was pretty quiet afterwards, and I wondered what was going on in his lively, thoughtful head.

To paraphrase David Attenborough, it’s a hard life out there in the writing wild…

The Tiny Star, by Mem Fox and Freya Blackwood, is published by Penguin Australia, RRP $24.99.