The Man Cave: the Making of Better Young Men

The support of the Royal family has gained an international profile for Melbourne’s The Man Cave and its mission to help boys and young men embrace a healthy masculinity. We speak to co-founder Hunter Johnson.

Hunter Johnson was at Buckingham Palace, having just received from the Queen one of her Young Leaders awards. It was international recognition for the 27-year-old’s work as co-founder of Melbourne’s The Man Cave, an organisation helping boys and young men develop a healthy, positive masculinity.

An audience, including the likes of former British Prime Minister John Major and football royalty David Beckham, had just heard about the organisation’s work, and watched a Man Cave video.

Later, Hunter was standing at a reception, taking in what just had happened, when Prince Harry and Meghan Markle, Duchess of Sussex, entered the room. Meghan made a beeline for him.

‘Thank you so much for what you’re doing,’ she told him. ‘I wish this was around when I was young. I know so many men that wished they had this opportunity.’

‘I see this as such an important part of men’s role in gender equality,’ she added.

‘And then Harry walked over,’ recalls Hunter, ‘and you know, I think I called him “mate”.’ 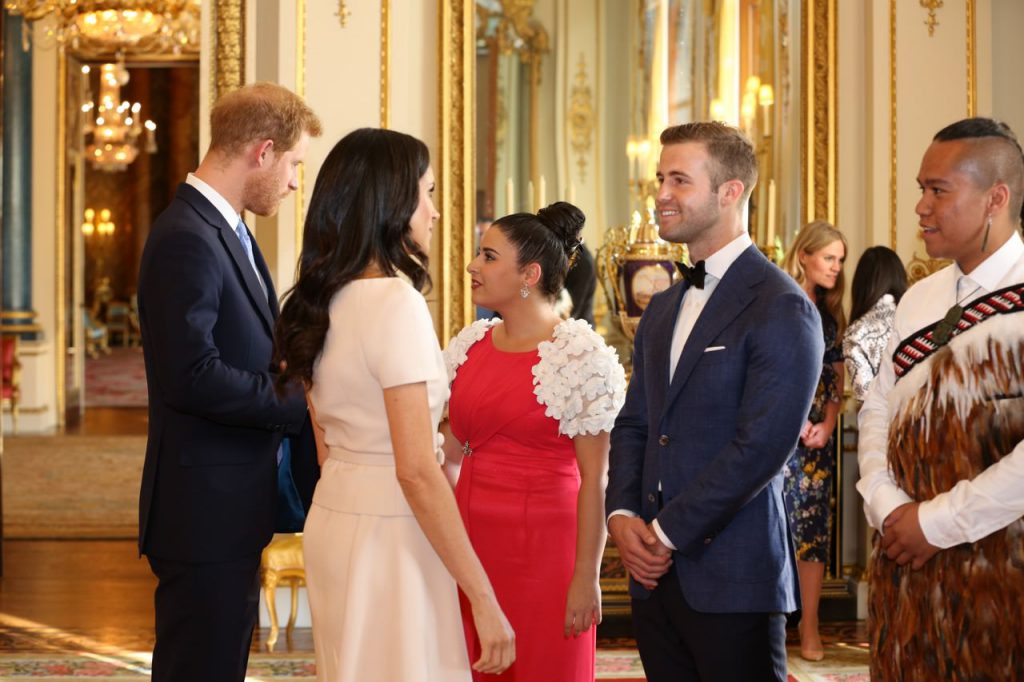 The meeting with Prince Harry and Meghan Markle at Buckingham Palace.

As Hunter says, this encounter with Harry and Meghan was the tipping point for the group that he and two mates had founded four years earlier, with the aim of helping young males come to terms with masculinity, and the challenges that confront them.

Hunter, The Man Cave and an alternative approach to ‘toxic’ masculinity were suddenly propelled on to the world stage. In the aftermath, some 150 schools from around the world got in touch asking The Man Cave to run programs for them.

All this was a long way from The Man Cave’s beginnings, tentatively testing its approach at Frankston High School. Over two days, Hunter and friend Jamin Heppell ran workshops for the boys at the school. It was all about sitting down and talking to the boys about what they were going through, creating a space which many of them had never had before.

As they were clearing up, the school’s principal was in awe with the emotions the boys were expressing: ‘I haven’t seen these hallways lit up like this.’

There was also a note on the desk from a kid who had a reputation as the school’s biggest bully. ‘Thanks for the lesson, man,’ the note said. ‘It really shows me what it feels like and looks like to be a healthy man.’

Driving back to the city, they realised they were onto something.

The work of The Man Cave goes directly to the heart of the expectations of what it is to be a man.

When Hunter asks boys what it is to be a good man, and a real man, they tell him a good man is respectful, honest, hardworking and kind. But real men? Show no emotion, be buff, don’t be gay, and don’t be like a girl.

He then asks them if they felt pressured to be real men. Yes, they all tell him.

The need to confront the pressures on boys and young men comes from a crisis in their mental health. One in five young people experience anxiety or depression before they’re 18. And suicide is the leading cause of death for men under 25.

‘But just reword that: the biggest killer of young men isn’t drugs, it’s not alcohol, it’s not crashing their car – it’s themselves,’ says Hunter. 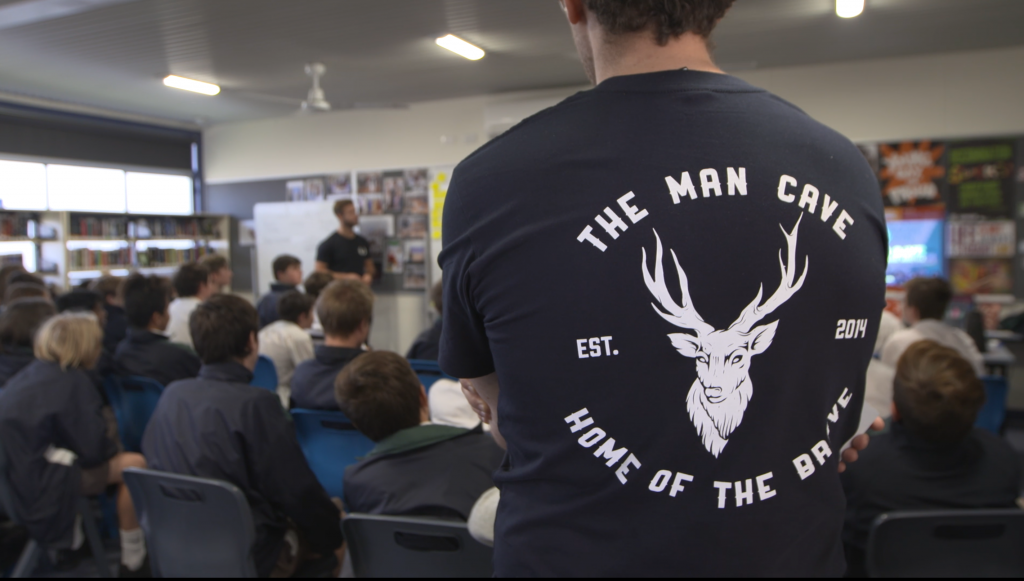 The prompt to develop The Man Cave concept was what they were seeing among their own life experiences, with their mates at their footy clubs. Among many challenges, there were two suicides, and others silently struggling with mental health problems.

Hunter had been on his own journey of reflection and reassessment as a teenager. Attending school on Sydney’s North Shore, he loved the boys culture but also felt trapped in what he calls the blokey persona.

Then at 16, he fractured his right leg playing rugby. Six operations followed, and doctors feared he wouldn’t be able to run again.

It happened at a time in his life, says Hunter, ‘where I didn’t really like who I was’.

He went travelling after school, and ended up in Melbourne doing an internship with Jan Owen at the Foundation for Young Australians, learning about youth work, business development and facilitation.

‘I was surrounded by young people who were changing the world,’ says Hunter.

Through his extensive experience in the youth sector, Hunter has worked with more than 25,000 young people, including 7500 young men through The Man Cave. A team of 18 male facilitators is deliberately selected from diverse backgrounds: psychologists, youth workers, actors, LGBTI advocates, the refugee who at 14, was given a one way ticket by his father to escape the militia.

‘Each of these guys from diverse life experiences are the different faces of masculinity,’ says Hunter. ‘It’s the idea that there are so many types of what it means to be a man, right?’

The impact has been profound. ‘We’ve had some teachers from the biggest private schools in Australia saying, “I didn’t know it was possible to work with young men like this.”’

The royal factor continues, with ‘mate’ Harry and Meghan meeting Hunter and his team in October when they visited Melbourne. And while 150 schools across the world want their services, the focus, for now, is on Victoria.

‘So it’s not just about getting to every school, just for the sake of it,’ says Hunter. ‘It’s about building long-term relationships with schools, working with their support structures.’

And while The Man Cave team is making a profound difference, there’s no doubt about the scale of the problem they are dealing with.

In January, Hunter was in a taxi after flying back from Sydney. The taxi driver asked him what he did.

After Hunter told him, the driver fell silent for 15 minutes, then said, ‘Oh, I’ve got a sh*t life.’

Hunter closed his laptop, and the conversation continued. The man had tried to take his life last year.

‘You know, all it takes is just that permission for someone to want to go there, particularly for men’ says Hunter. ‘I sat in the car with him, and said, “Listen, you’re an incredibly resilient man, not many people can stand here now a year later and say that’s behind them.’

Hunter assured him there were people around him who cared, and directed him to some support services.

It was an unexpected moment. ‘But that’s all it takes. Often, we find just scratch the surface for a lot of boys and men, just take off the mask, and it’s all there.’

To find out more, visit The Man Cave’s website.