The Fathering Project is helping to equip fathers become the best dads they can be. Read how a simple idea of Dads’ Groups based around school communities is making a profound difference on men and their families.

The scene is a suburban school, as parents and kids get together for a barbecue and activity, the hubbub rising as the fun increases.

It might seem an everyday event, but this gathering is profound in its difference. The parents are all fathers or father-figures, and the event is part of a program that is having a significant impact on the lives of the children. 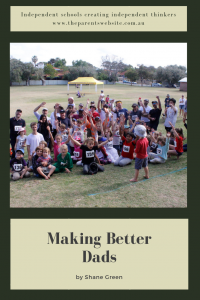 It’s The Fathering Project’s flagship Dads’ Groups program in action, which is all about getting dads and father-figures involved with their children, and each other, in a school setting. The project is the brainchild of Professor Bruce Robinson, whose research in the early 2000s concluded that a significant number of fathers and father-figures were not effectively engaged with their children.

Many men were being held back from effectively engaging by the roadblocks of long working hours, separation through travelling or divorce, or simply not having the skills or knowledge to be the best dad they could be.

Professor Robinson identified fathers as ‘the most powerful missing force’ in Australia to reduce the chance of kids struggling with drug abuse, mental health issues and involvement in crime.

So The Fathering Project was born. The not-for-profit group started in Perth in 2003 and expanded to NSW in 2016. In 2017, it began in Victoria, with 14 school Dads’ Groups formed so far and many more being planned. Thousands of men and their families have benefited.

The project’s Victorian manager Colin West said at the end of 2018, the organisation was formally endorsed by the Australian Government, providing funding for a more rapid roll-out of the program across all state and territories.

In Victoria, more staff will soon be appointed, with the aim of forming a minimum of 500 Dads’ Groups, involving 50,000 fathers and 75,0000 children, by 2021.  ‘We encourage all Victorian Independent schools to join our program,’ Mr West said.

In essence, the program is about making better dads. The Dads’ Groups are directly connected to the schools their children attend and are formed with the support of the school leadership and community.

The Fathering Project recommends four events a year, including Dads and Kids events, such as movie nights, paper plane and pizza evenings or a walking school bus. 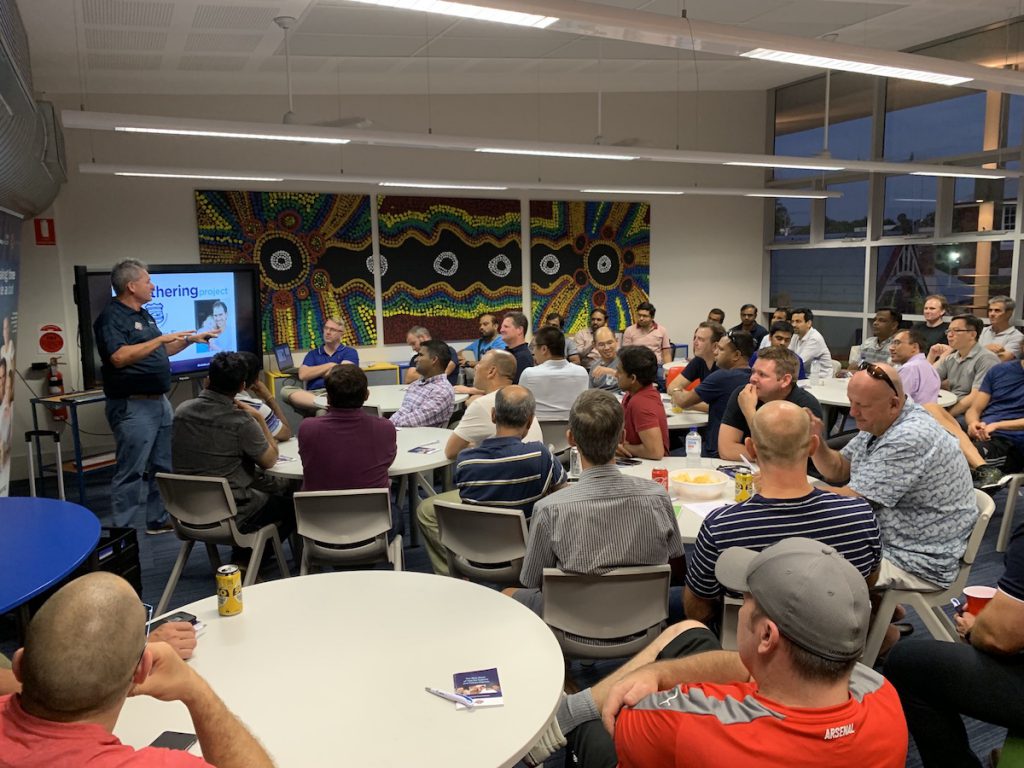 Events for fathers and father-figures may include lawn bowls days, dinners, or – as above – from a speaker on issues such as drugs and alcohol, bullying or talking with your kids.

The Fathering Project has some high-profile supporters, including father of four and Australian national team cricket coach Justin Langer.

‘To be able switch off from being a cricketer to being a great dad or husband and put my attention into that, while it can be challenging, to me that was the most important thing,’ Langer has commented.

Mr West says Langer had been a great supporter of the program for many years. 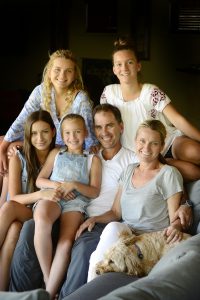 Justin Langer and his family.

‘He has been a positive advocate in the media, guest speaker at many functions and involved in many informative video designed to assist fathers,’ Mr West said.

‘Even as coach of our Australian Cricket team, he acknowledges being a good dad is his most important role.

‘Justin also admits, like all dads, he is not perfect, he has made mistakes and deals with the challenges of being separated from his family on overseas tours.

‘The tips and strategies provided by The Fathering Project can help all dads manage the difficulties of being away from their family more effectively and successfully,’ he said.

The program tracks its progress with research. Two years ago, 181 dads involved in Dads’ Groups completed an online survey. What emerged was a story of more engaged and better-equipped fathers.

You can find out more about The Fathering Project here.

Images supplied by The Fathering Project.