Cybersafety: How to be a Parent in the Digital World

In 1994, Susan McLean was a Victoria Police officer, serving as part of a program that put police into schools to foster positive connections with young people. She got a call from a teacher that would provide a startling introduction to the world of cyberbullying.

The teacher wanted Susan to give the ‘police talk’ to some Year 8 girls, who had been ‘up to no good’.

‘I was gobsmacked when I found out what “up to no good” meant,’ recalls Susan. 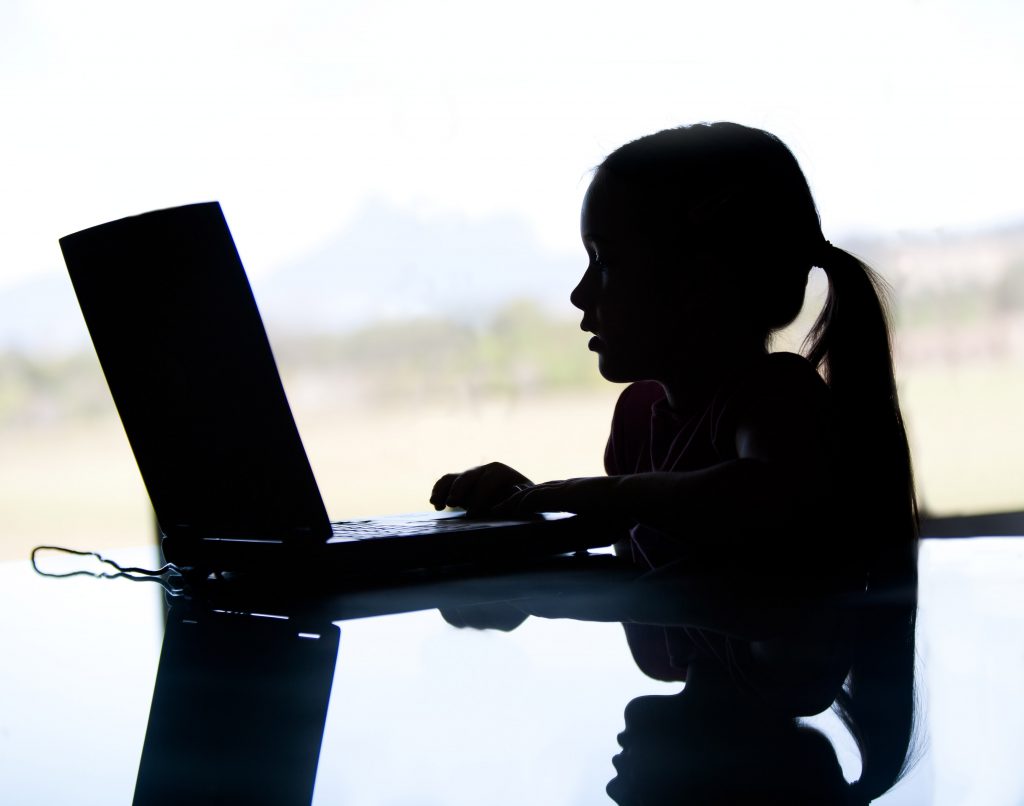 There had been a falling out among the girls, and one decided to retaliate against another. She visited an online adult sex chat room, and posted an ad: ‘If you want free sex, please contact this girl.’ The classmate’s name, address and phone number were listed.

The internet was still a nascent presence in everyday lives. Susan herself was still struggling to use the technology – she didn’t have a mobile phone, nor did she have the internet at work.

‘Yet the kids had already worked out that this is the way to wreak havoc on someone else’s life,’ says Susan.

This was her first encounter with the potential evils of the cyberworld. She decided to learn more, and almost three decades on, Susan is one of the foremost experts on cybersafety for young people. 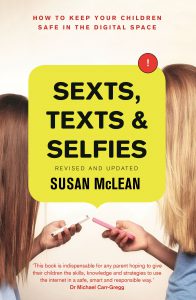 She has just released a revised and updated edition of her book, Sexts, Texts and Selfies, a guide for parents that opens up the world of what children and teens are doing online, and the potential, real dangers they confront.

The book and its messages are a wake up call to parents who think they have an understanding of what’s happening online.

An example is the increase in the level of nastiness and vileness Susan has seen over the past 24 years. ‘Younger and younger kids are writing the most vile and vulgar things and sending them to each other,’ she says.

Unless adults have been embroiled in it, she says, few will have an understanding of what’s happening. ‘We live in a bit of a bubble,’ says Susan.

The book examines online grooming, and the methods predators use to make contact with children. While some apps and sites have good safety settings, some smart devices have geo-location technologies. ‘Quite simply,’ writes Susan, ‘they can find out where you live.’

Her starting point for parents is that their real-world parenting must extend to the online world.

Take, for example, parents who can justify helping their children lie, to set up social media accounts they are too young to have.

‘There’s so much that you sort of think, “Really? Would you do that in the real world?”,’ says Susan. ‘So why is it any different online?’

When she talks to parents, it’s often a revelation for many. She recalls an address she made to a group of parents at a school in the northern suburbs. The audience included a telecommunications executive and a parent who was in a senior IT role.

‘They both wrote to me and said, “I thought I was pretty good in this space. I knew nothing.”’

Parents tell her that while they are managing what their children are doing online, they are frustrated by other parents who don’t take the same approach.

‘If the majority of children in the year level are doing the wrong thing online, it is very hard if you are parenting in that minority,’ says Susan.

‘If you’re trying to teach your child the values of honesty and respect and responsible technology use, but two thirds of the grade are doing the polar opposite, it’s very very hard. And it shouldn’t be. We should never have the majority of any group doing the wrong thing.’

She suggests parents surround themselves with a core group of parents with similar values, gradually expanding the numbers.

While the book contains strong warnings about the dangers of the cyber world, it also offers advice on how to navigate it safely, and make the most of what it offers.

‘Technology is without doubt the best invention of my lifetime…the world is a much more connected and smaller place,’ she adds. ‘There are enormous benefits. We just have to be mindful of the negatives.’