How to Raise a Thriving Child

Parents want the best for their children, but are we over-managing their lives? A new book just published in Australia argues that we need to give kids a sense of control. Read this extract from The Thriving Child.

Parents want the best for their children, but are we over-managing their lives? A new US book just published in Australia argues that we need to give kids a sense of control. Read this extract from The Thriving Child.

By William Stixrud and Ned Johnson

Adolescents and young adults today are five to eight times more likely to experience the symptoms of an anxiety disorder than young people were at earlier times, including during the Great Depression, World War II, and the Cold War. Are things really harder now than they were during the Depression? Or are we doing something that is dampening their natural coping mechanisms? 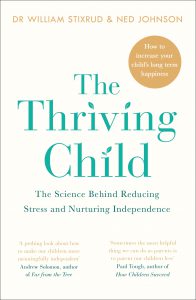 Without a healthy sense of control, kids feel powerless and overwhelmed and will often become passive or resigned…When they are denied the ability to make meaningful choices, they are at high risk of becoming anxious, struggling to manage anger, becoming self- destructive, or self-medicating. Despite the many resources and opportunities their parents offer them, they will often fail to thrive. Without a sense of control, regardless of their background, inner turmoil will take its toll…

We want our kids to be able to participate in a competitive global economy, to be relevant, to feel they can hack it. We love them and want them to be happy and to thrive long after we’re gone. All worthy goals. But to achieve them, many of us have bought into some false assumptions:

There is a narrow path to success and God forbid our child should fall off it. The stakes are thus too high to let them make decisions for themselves. This argument hinges on an assumption of scarcity, one that says that for young people to be successful, they must be competitive at all times – whatever the price.

It is critical to do well in school if you want to do well in life. There will be some winners and many losers. It is Yale or McDonald’s. As a result, too many kids are either driven manically or have given up trying.

Pushing more will lead our children to becoming more accomplished and more successful adults. Our sixth graders aren’t scoring as well as sixth graders in China? Okay, let’s teach them ninth grade math. College admission is getting tougher than ever? Yikes, let’s pack our kids’ schedules so they’ll learn and do more.

The world is more dangerous than ever before. We have to supervise our kids constantly to make sure they don’t get hurt or make bad decisions. 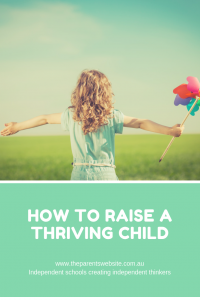 Now many parents instinctively understand that these assumptions are untrue…But that perspective dissipates when they feel pressured – by peers, by schools, or by other parents – to ensure their child isn’t falling behind. The pressure is rooted deeply in fear, and fear almost always leads to bad decisions.

We really can’t control our kids – and doing so shouldn’t be our goal. Our role is to teach them to think and act independently, so that they will have the judgement to succeed in school and, most important, in life. Rather than pushing them to do things they resist, we should seek to help them find things they love and develop their inner motivation.

Extract from The Thriving Child, The Science Behind Reducing Stress and Nurturing Independence, by Dr William Stixrud and Ned Johnson, published by Penguin Life, RRP $35.00.