The Short Story Competition run as part of our Arts Learning Festival showcased the creative talents of Victorian students. We’ve asked winners to record their stories. Trinity Brincat, from Melton Primary School, was joint winner of the Foundation – Year 2 category.

The Short Story Competition run as part of our Arts Learning Festival showcased the creative talents of Victorian students. We’ve asked winners to record their stories. This is Horror World, by Trinity Brincat, from Melton Primary School, who was joint winner of the Foundation – Year 2 category.

If I were you I would shut this book NOW or you’ll be terrified for your whole life! I mean it, I really do, now shut this book immediately!!! Ok, you don’t believe me, it’s your fault if you’re still reading because I’m getting to the story now.

Two thousand years ago there lived a Dragosaurus. It had two dragon wings the colour of vomit, two giant chicken legs, a dinosaur tail and most terrifying of all, was its ginormous T-Rex eye ball. The reason I’m telling you this is because I once got attacked by one of these hideous beasts. So here’s where it all started.

On Saturday, when I opened my closet door there was a Dragosaurus perched on my favourite dress! I was so terrified that I ran all the way to school in my pyjamas. I burst through the doors of my classroom and everyone laughed at me. Nobody believed what had happened, in fact Lyla said, ‘There’s no such thing as a Dragosaurus’. When I told Mrs Harrison, the school principal, she made an announcement that the whole school would be locked down until the Dragosaurus was DEAD! After the announcement the whole school burst out laughing, except me and Mrs Harrison, because nobody believed us.

The door crashed open and everybody finally stopped laughing. Standing at the door was a Dragosaurus! Everybody screamed there heads off. Instead of screaming my head off, I grabbed a pencil and fought the Dragosaurus. Everyone thought I was crazy but I didn’t care, it needed to be stopped before it destroyed the school and everyone in it. I was exhausted, the Dragosaurus had been defeated and was lying on the floor. Everyone cheered and I went home to bed. 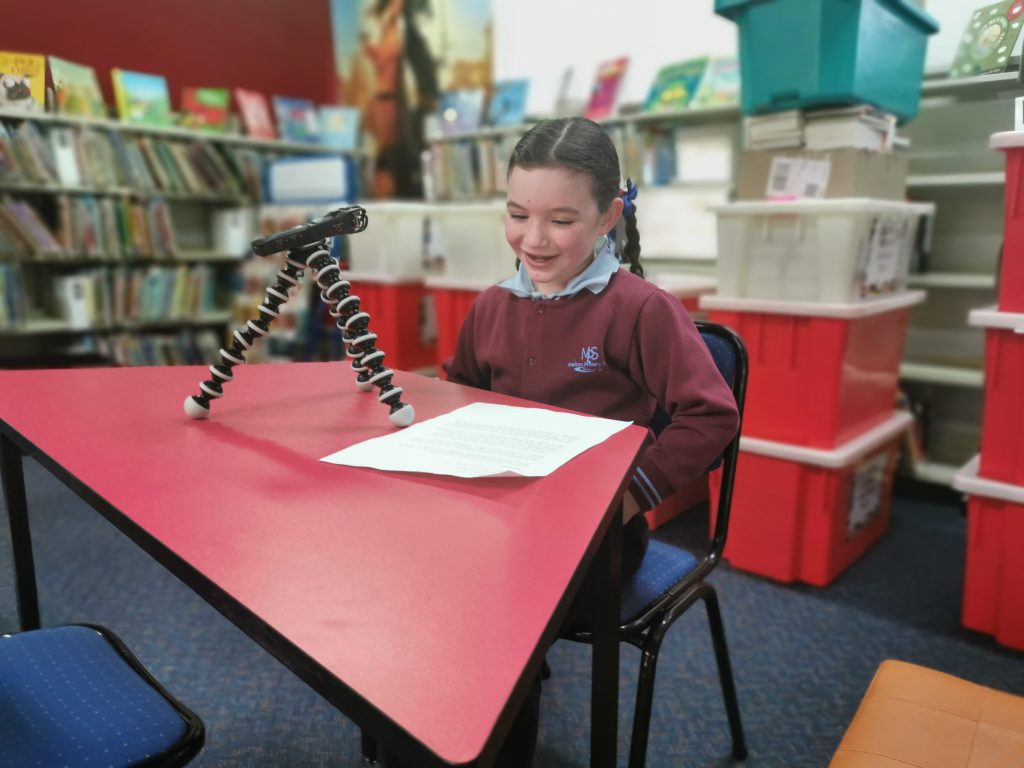