A fair go for students with a disability

Four years ago, the Australian Government implemented a new measure to ensure students with disability can participate in education on the same basis as all other students.

While its aim is straight forward, its bureaucratic name – the Nationally Consistent Collection of Data (NCCD) – hints at the complexities involved.

It was a world-first, requiring all schools – government, Independent and Catholic – in every state and territory to take part in an annual collection of information on students with disability.

It’s more than a collection of numbers.

It’s designed so that schools, teachers, education authorities and governments can better understand the needs of students with disability, and decide how best to support them in their education. Importantly, it relies on the professional judgment of teachers to assess students, categorise their disability and decide what additional support they need.

It was implemented in 2015, based on the definition of disability in the Disability Discrimination Act 1992 – much wider than definitions previously used, and which aim to eliminate, as far as possible, discrimination against people with disability.

That act is linked to the Disability Standards for Education 2005, which spell out schools’ legal obligations towards students with disability. 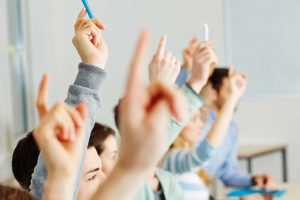 So the NCCD was a major change. In 2018, it was linked to the funding the Australian Government provides schools to support students with disability.

Independent Schools Victoria (ISV) and its Member Schools have always been committed to supporting these students, a commitment that predates the introduction of the NCCD and its subsequent link to funding for some categories of students.

The NCCD has improved the ability of staff in our Member Schools to identify students with disability and provide the adjustments they need so they are not discriminated against.

But like any major reform, the NCCD has had unintended consequences which have unnecessarily complicated the work of teachers and other school staff. In some cases, red tape and unclear processes have got in the way of the reform’s primary aim – ensuring students with disability get a fair go.

This red tape extends to imposing onerous documentation requirements on school staff, even for students whose level of disability does not attract funding.

Research undertaken by ISV with its Member Schools this year reveals the incidence of disability among students in those schools is in line with schools in other sectors.

Our experience with the NCCD – its benefits, complications and suggested improvements – are spelled out in a detailed research report here prepared by ISV staff in close consultation with Member Schools over the past year.

Our hope is that the Australian Government, which has commissioned a review of the NCCD, will act on our recommendations.