Students at Al Siraat College in Epping have embraced the Shoebox4Syria campaign, preparing thousands of gifts for Syrian children in refugee camps. Read the latest in our series celebrating the community work of Independent schools.

When the staff and students of Al Siraat College heard about the Shoebox4Syria campaign, they were immediately drawn to the idea. The concept was simple but compelling: prepare gift boxes for Syrian children in refugee camps. 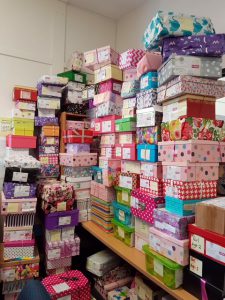 The initial target was 500 boxes. When the removal truck eventually pulled out from the Epping school earlier this month, it was carrying 3940 boxes.

The achievement was the result of tireless work by the Al Siraat community, and a tremendous response from around Australia as news of the project spread.

The school’s efforts attracted the attention of the mainstream media, and featured in a report on SBS television, which described how the careers room at Al Siraat had been ‘transformed into a student-driven gift box production line.’

The project has been led by the Student Representative Council, and has helped Al Siraat College students to demonstrate the college’s six values of Benefitting others, Respect, Responsibility, Integrity, Sincerity and Perseverance to wider community.

SRC Coordinator and Maths and Science teacher, Ms Noori Ahmad, says she has been overwhelmed by the response from students, the wider school community and support from around Australia.

‘I would like to thank Al Siraat community, and the Melbourne and interstate communities for their love, care and support towards this noble cause,’ says Ms Noori.

The boxes were due to be transported to Sydney for shipping during the recent school holidays. 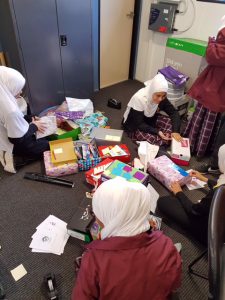 That proved no obstacle for the Al Siraat students, many of whom turned up to pack boxes, along with their parents and younger siblings. ‘It was beautiful to see,’ says Ms Noori.

As space ran out at the school, Ms Noori’s own house was transformed into a storage facility for the boxes. As the number of boxes grew, the school had to ask the person donating the services of the removal truck for a bigger vehicle.

The gift boxes will arrive in time for Eid, the festival which breaks the fast of Ramadan.

The project has delivered important messages for the students of Al Siraat, a reminder of people in less fortunate situations than their own.

‘It’s important for our students to know that life is not always a piece of cake,’ says Ms Noori. ‘There are lots of challenges.’

Plans are already being made for the next community project, with the immediate focus likely to be helping a local food bank. 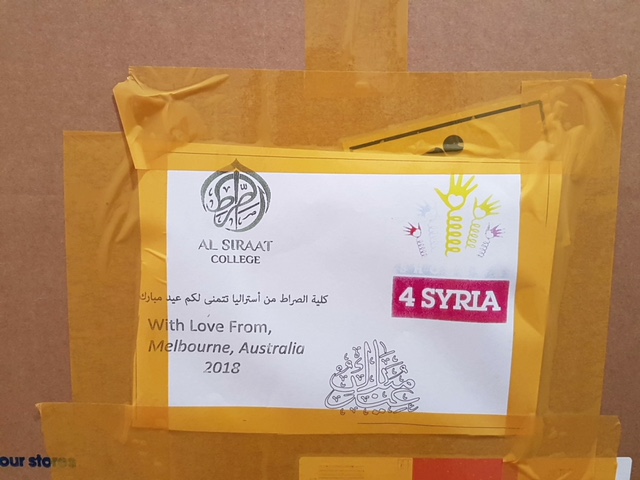 Would you like to share your school’s community work through Community Connections? Email ISV’s Shane Green with the details.