Chief Scientist: What Our Children Need to Know

There’s a growing sense of confusion about what we actually mean when we speak of a ‘twenty-first century education’.

I say ‘engage children through real-world problems’ – and people hear ‘great, let’s toss out the textbooks.’

I say ‘children should develop the passion to learn’ – and people hear ‘let’s leave it up to the children to decide what they want to be taught.’

I can’t explain why so many well-meaning people associate being a twenty-first century worker with knowing less and talking more.

But clearly, the onus is on me to explain what I do mean, and make the case for it.

In 2018, there is still a fundamental duty to teach students content: concepts, facts and principles. Taught by teachers trained as experts in that content, with all the status and resources and professional development that we would demand in any other expert occupation.

Students Must be Challenged

Let’s begin with the importance of teaching content that genuinely challenges the student.

I’m going to lead into my argument via the book we could call The Sacred Text.

I mean, of course, the best-selling most highly acclaimed science-fiction novel of all time: Frank Herbert’s Dune.

You don’t need to know anything about the plot, but I want to introduce you to the hero: a young man named Paul, an exile on a desert planet, trying to wrestle back control of a galactic empire.

One of the first things you learn about Paul is that he has a remarkable capacity for adapting to new environments and mastering new skills.

But the next thing you learn is that this capacity wasn’t born in him. It was instilled into him.

And then in moments of high stress – no, not a NAPLAN exam, think ‘digging your own mother out of quicksand’.

Paul thinks back to the lesson. He thanks his teacher. He applies the content creatively. And his mum survives.

That’s the lesson of Dune.

I didn’t grasp that lesson when I first read Dune as a teenage boy, but I realise now that Frank Herbert was describing a concept that IBM would later crystallise as the ‘T-shaped worker’.

The vertical line of the T stands for deep expertise in a discipline. You have to acquire that first.

The horizontal bar stands for your flexibility to apply that expertise creatively, as part of a team in a workplace, and to develop new skills as opportunities present. That comes second.

Think of it like a garden trellis. Your subject, or discipline, gives you structure while you grow. Then you have the capacity to branch out.

Without the trellis, you’re just groundcover, sprawling out in all directions, no matter how good the soil or how much love your parents pour in.

And it turns out that people with trellises, T-shapes, are remarkably well-adapted to Planet Earth. 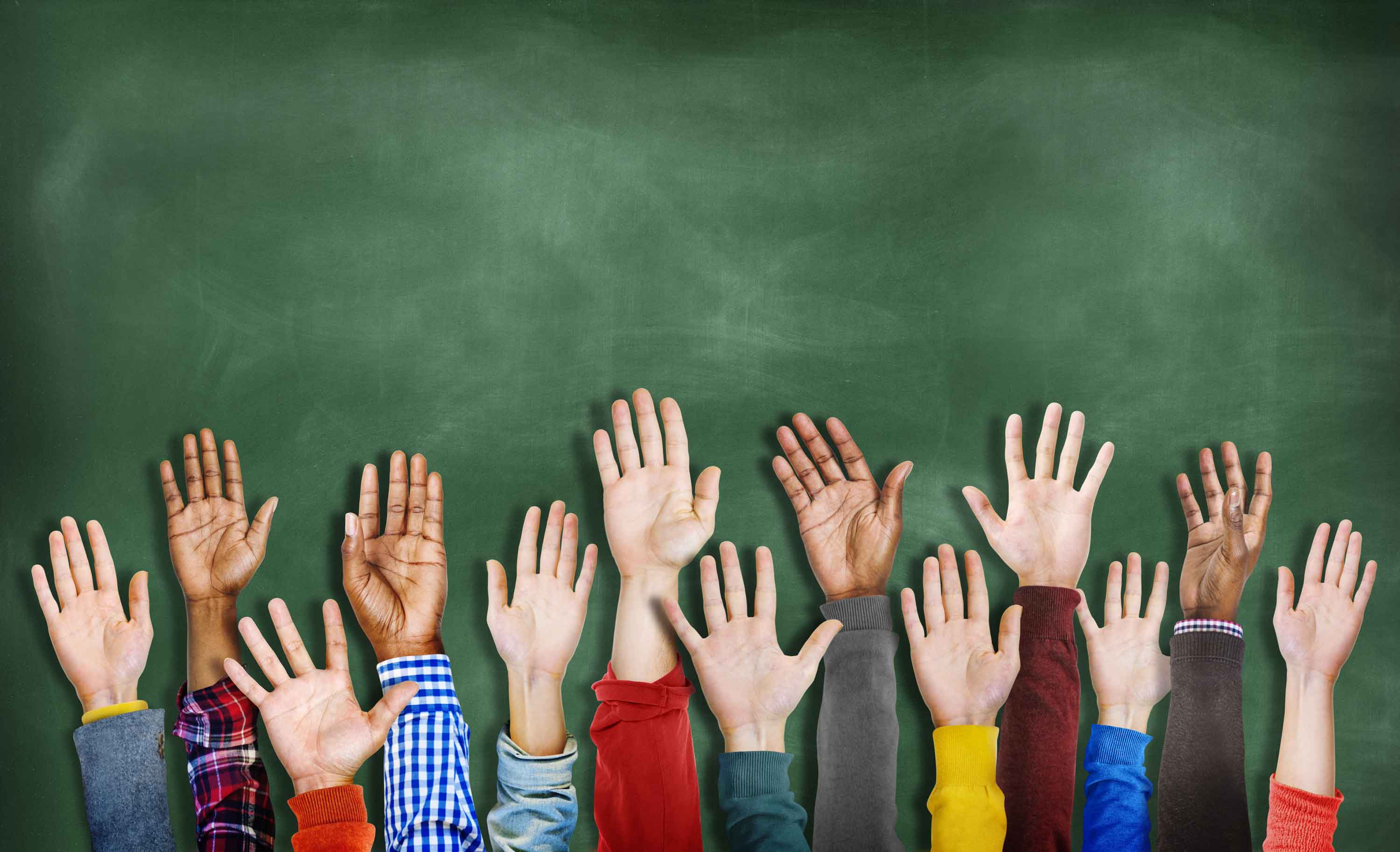 I think of the current CEO of Google, Sundar Pichai.

He was born in rural India. His family didn’t own a telephone until he was twelve. So needless to say, no iPad, no smartphone and no laptop.

His first degree was metallurgy. His masters was insemiconductor physics.

Then he joined Google. He developed the Chrome web browser that you probably use every day. When he was appointed to his first senior role he was praised by Google founder Larry Page for – wait for it – his deep technical expertise, combined with ‘tremendous entrepreneurial flair’. He’s said to be incredibly quick with calculations with a near-perfect memory for statistics.

He climbed high, on a trellis.

Or how about the leader ranked last year by Forbes magazine as the most powerful woman in the world, German Chancellor Angela Merkel.

She studied physics at university because she did poorly in a physics course in high school and refused to be beaten.

She went on to earn a doctorate in quantum chemistry.

Her political success is often attributed to her capacity to approach problems methodically, combined with a brain described by German media as a ‘machine for learning’.

One more example: Jeff Bezos, the CEO of Amazon and the richest person in the world.

He describes the ideal worker as an ‘expert with a beginner’s mind.’

And he specifies that by ‘expert’, he means ‘domain expert’, who has mastered the content so thoroughly that she can play with it.

So, building web browsers, leading Germany, running a global corporate empire or tackling giant sand worms on a desert planet whilst saving the galaxy: it starts with learning content, and mastering a discipline.

Now it could be argued that all these leaders were the rarest of the rare: people who would work out how to succeed no matter what.

So let’s look at the evidence from run-of-the-mill Australian workplaces employing bang-in-the-middle-of-the-bell-curve people.

I have had many, many meetings with employers, in my role as Chief Scientist and as Deputy Chair of Innovation and Science Australia; and before that, as Chancellor of Monash University and President of the Australian Academy of Technology and Engineering; and before that, as the CEO of a publicly listed company.

In all my meetings with people actually hiring graduates, no-one has ever said to me: ‘gosh, we don’t have enough people who know how to collaborate’.

No, what they say to me is: we don’t have enough specialists in software engineering. We can’t find graduates who are fluent in maths. We have meetings where three quarters of the people in the room can’t critique a set of numbers without pulling out a calculator and slowing us down.

They were asking for T-shapes, and getting flat lines – but the flat line wasn’t lifted up and anchored by that all-important vertical pillar.

A Preoccupation with ‘Soft Skills’

So I was deeply interested to read a report released last month by the New South Wales Department of Education, prepared by a team led by Professor John Buchanan from the Business School of the University of Sydney.

Professor Buchanan was commissioned to investigate what today’s kindergarten children will actually need in order to thrive in the twenty-first century, not just in work, but in life.

What he found was a widespread preoccupation with the so-called ‘soft’ or ‘generic employability’ skills, coupled with a belief that actually knowing things was outdated.

But the evidence from every field of knowledge he drew on – cognitive psychology, education, philosophy, engineering, applied labour economics – said very clearly: give up content at your peril. I strongly agree.

To be clear, Professor Buchanan acknowledges that future workers – or let’s say ‘future adults’ – do need to develop what he calls ‘sound learning dispositions’: concentration, resilience, curiosity, and so forth.

But to quote from his report:

‘We note that once learning foundations are built in early years education, such dispositions are best acquired in the context of mastering specific disciplines or fields of vocational expertise.’

‘Generic skills only have meaning within specific domains of knowledge.’

In the words of a participant in one of Professor Buchanan’s workshops:

‘What’s the use of learning to collaborate if you don’t have anything distinctive to contribute?’

Indeed. It seems to me that the cruellest thing we can do to school students is take away the trellis of structured subject content, and with it, that deep-rooted conviction that they are capable of learning andcontributing.

But if we want a content-rich curriculum then we need teachers who are experts in that content.

We are constantly reminded of the excellence of his education.

He was trained by a master swordsman. A master musician. A master of mathematics and computation. And his mother: a master of warfare, politics, history, philosophy, chemistry, biology, and more.

The point is that they were all subject matter experts, as well as gifted teachers.

Why was that important?

First, because they knew what they were talking about. And they explained it to Paul in structured lessons.

Second, because they set the challenge at a high but achievable level.

And third, because they rigorously monitored Paul’s performance and reported to his parents.

I smiled when I saw that these were exactly the same three characteristics that the winners of last year’s Commonwealth Bank Teaching Awards had in common:

I want to single out that second characteristic: high expectations.

Wouldn’t it be ‘luvverly’ if children just woke up, on Monday morning, with a voice inside telling them that their true calling in life is… organic chemistry.

But we don’t awake spontaneously to a knowledge of our talents and passions.

We develop them by mastering the foundations – and that means sticking with it.

Your passion, as teachers, is the glue.

It’s particularly important to inspire children towards mathematics. Mathematics is the language of science. And none of us arrive in school at the age of five as native math speakers.

We only gain fluency by learning things in sequence.

And there is no substitute for the precious years of learning mathematics, in sequence, in school.

We know this because we keep trying to find one.

We allowed universities to remove the mathematics prerequisites from courses that really do need a strong grasp of maths – for example, science.

At the same time, we allowed students to enter Year 11 in the belief that choosing advanced mathematics would hurt their ATAR.

That’s how we ended up with a large cohort of students arriving at university and signing on for maths-intensive degrees without the foundations to last beyond their first semester.

The time to ask and expect bold things from students is not at the end of the school education process – but from primary school.

But if we ask for high standards from students we need to ask it of people who make the decision to be teachers – and we need to support those teachers as the expert professionals they are.

This is an edited extract of a keynote address by Dr Finkel to the recent Australian Science Teachers Association Annual Conference (CONASTA).