The Caterpillars and the Bush, by Emily Lam

The Short Story Competition run as part of our Arts Learning Festival showcased the creative talents of Victorian students. We’ve asked winners to record their stories. Our first is Emily Lam, from Presbyterian Ladies’ College, joint winner of the Foundation – Year 2 category.

We asked winners of the Short Story Competition at our Arts Learning Festival to record their stories for The Parents’ Website. Listen to Emily Lam, from Year 1 at Presbyterian Ladies’ College, read her story, which was a joint winner in the Foundation – Year 2 category.

Once upon a time there was a caterpillar. She was called Belinda and it was nearly time for her to become a butterfly.

All of her friends were very excited.

‘I will be the prettiest butterfly of all,’ said Ella.
‘It will be so exciting to be able to fly,’ said Melanie.
‘We will be able to spin our very own cocoons!’ said Ava. ‘But we have to wait three weeks!’ said Emma impatiently. ‘When I think about it, it seems like ages.’

But the time came at last, and they all marched up to the Spinning Bush, where caterpillars spun their cocoons.

‘Shh!’ said Ms Gossamer.
She had been here before and knew the rules.
‘Rule One: Silence. Rule Two: Listen to instructions. Rule Three: Sit nicely on these high benches or you will fall off.’

The room was shaped like a dome and had branches thickly knotted together for walls. Benches lined the area, each with a long wooden table in front of it. The benches faced the front of the room and there, right there, stood The Butterfly Queen!

She wore a slim gown of cobweb and a necklace of shiny dewdrops. A dainty pair of boots was on her feet. Perched on her head was a shimmery crown.

The Queen encouraged them to start eating crispy lettuce leaves as the first step to becoming a butterfly. They ate until they each felt their skins didn’t quite fit them anymore. Then they rolled up the stairs lazily, found a bed to curl up in, and fell asleep.

Overnight, whilst the caterpillars were sleeping, something terrible happened. The leaves on the bush were crinkling up and turning brown! The branches were crumbling!
In the morning, when the caterpillars woke up everything was chaos! They peeked out of the window in dismay.

Branches were strewn everywhere, and dead leaves were scattered on the ground. Luckily the heart of the bush was still alive.

‘Oh no!’ said Ella.
‘What happened?’ cried Ava.
‘Oh dear!’ gasped Emma suddenly. ‘Now that the bush is dying, how will we spin our cocoons?’

A feeling of dread sank into each of the caterpillars’ stomach as they thought of this.

‘Why is the bush dying?’ asked Melanie.
‘I know,” said Belinda sagely. ‘The bush is dying of thirst because there is a drought!’
‘We can save the bush by using the dead leaves to carry water to the bush!’ said Belinda.
‘But it would take ages,’ complained Ella. ‘There’s only a few of us!’
‘Don’t worry,’ said Belinda. ‘We’ll summon up all the caterpillars near us to help us so the job’ll be faster!’

Belinda and her friends started to carry water to the bush. Slowly and steadily, more and more caterpillars joined them, and the path between the river and the bush became a moving sea of green.

In a few days’ time, the bush was almost well. The caterpillars stopped carrying water and started to spin cocoons.

Soon, all of these cocoons were hanging on the bush. Then they split open and beautiful butterflies flew out.

When Belinda was older, she was elected the Butterfly Queen for her determination and wisdom in saving the bush. 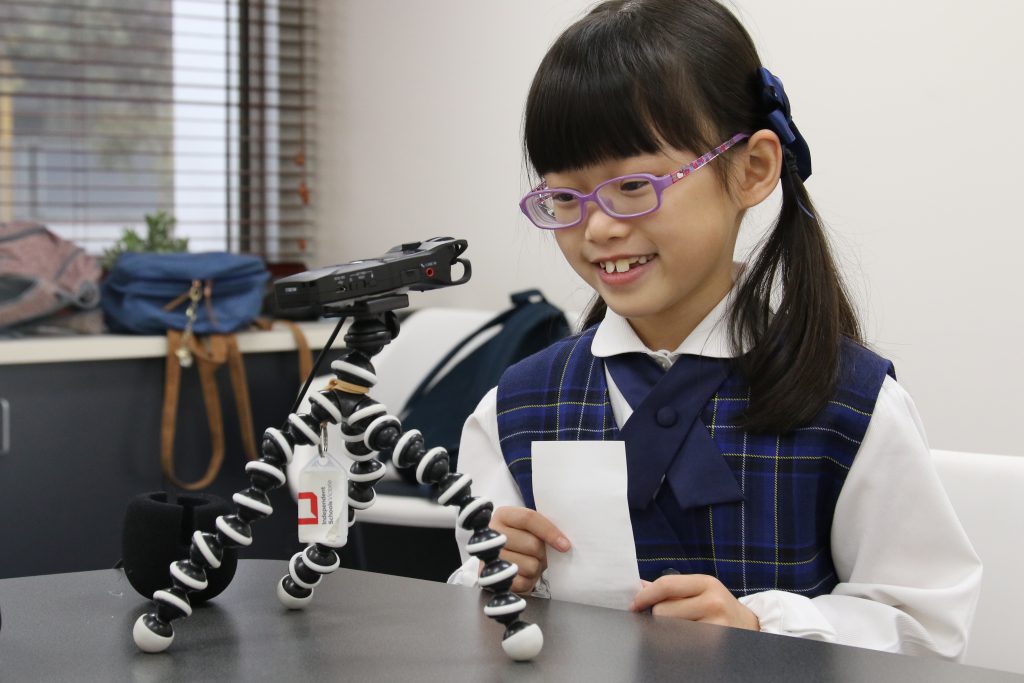 Emily records The Caterpillars and the Bush.