Be Good for Something

Three friends on a train to Paris overpowered a terrorist, and became heroes. Michelle Green, Chief Executive of Independent Schools Victoria, draws on their inspirational story in a speech to graduating students at Christian College Geelong.

Three friends on a train to Paris overpowered a terrorist, and became heroes. Michelle Green, Chief Executive of Independent Schools Victoria, draws on their inspirational story in a speech to graduating students at Christian College Geelong. 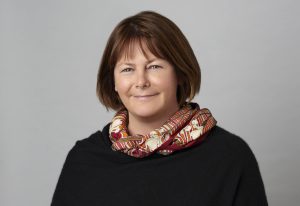 Thank you for the invitation. It is not often I get a chance to speak to groups of students, and it reminds me of the reason that I do the job that I do.

Christian College Geelong was one of the first schools that I had the pleasure to visit when I began this role in 2002. The school was vastly different then, but the vision was the same – to create an environment in which young people could learn, to equip them to lead lives of value, which were the embodiment of Christian service.

Most recently, I have had the pleasure of spending more time with Principal Glen McKeeman as we considered the ‘Learning that Matters’ with Harvard University.  An interesting journey, but more on this later.

[Before my speech], as I looked out over the hall, looking at the sea of faces, I was reflecting on the words of the reading from Jeremiah: ‘For I know the plans I have for you…’ And what came to me was a quote from American Poet Henry Thoreau: ‘Be not merely good, be good for something.’

I am going to tell you a story, a true one, and I would like you to keep in mind these two quotes as I tell it: ‘the plans I have for you…’ and ‘be good for something’.

This true story has been made into a film this year, with director Clint Eastwood, and the three protagonists in the story playing themselves. I’m not sure if you would have seen it, or read the book, but it is worth watching – The 15:17 to Paris.

This is a simple story to tell. In the early evening of 21 August 2015, the world watched as the media reported a thwarted terrorist attack on the Thalys to Paris train number 9364. A man armed with an assault rifle, pistol and a bag of explosives opened fire in a train carriage.

Three young American friends, who were travelling on the train, overpowered and disarmed him.

Here’s how (as described by one of the young men, Anthony Sadler):

‘As he was cocking it to shoot it, Alek just yells, “Spencer, go!”, and Spencer runs down the aisle. Spencer makes first contact, he tackles the guy, Alek wrestles the gun away from him, and the gunman pulls out a box cutter and slices Spencer a few times – then the 3 of us beat him until he was unconscious.’

The three young men, all from the same town in Sacramento, played themselves, in Clint Eastwood’s film. 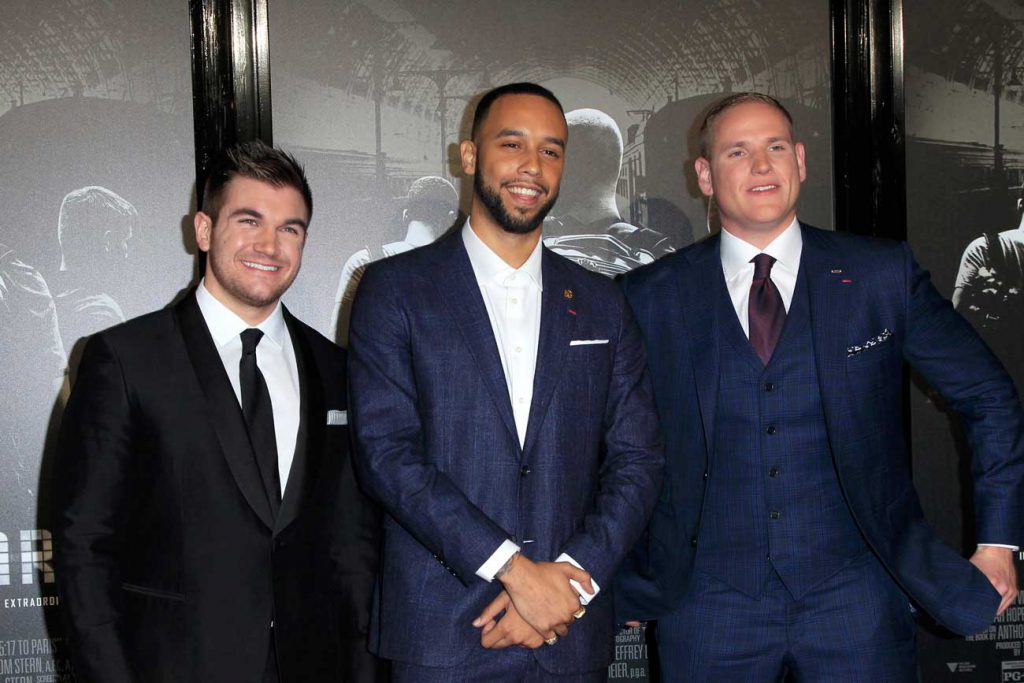 They all met up for a three week vacation in Europe. After visiting Rome, Venice, Munich, Berlin, and Amsterdam, they were headed to Paris.

What comes across in the film, as in life, is their enduring friendship which never wavers – and also their faith in something bigger than themselves.

None of them is perfect with perfect lives going to a predetermined plan.

They have all struggled to find their goal in life. For example, Spencer, who all of his life wanted to be a pilot, made it to the airforce but as a ground crewman – his spatial vision is flawed due to a childhood accident.

Alek was deployed to Afghanistan for nine months and saw active service, after which time he left the army. He now works as a fire ranger.

Anthony was a basketballer who was widely tipped to become a star – he just didn’t. Now he works as an osteopath.

I guess it is fair to say that they all made plans for their lives, which have turned out differently.

So, a good story with a good result. But here are some facts that will serve to illuminate our thinking about this story.

They all met as boys at an Independent Christian school, the Freedom Christian School. Interestingly enough, and something some of the parents here today might recognise, at least two of the boys were designated ‘troublemakers’ at a previous state school, and were moved to the Christian school for a new start. They all finished school together.

In the days preceding the attack, Stone wondered aloud if the men were destined for something significant. In Italy, Stone asked Sadler, ‘Do you ever feel like we are being pushed toward something, some greater purpose?’

(I thought that this was just great directing by Clint Eastwood, but the men identified this as a puzzle for them, in the first hours after the foiled attack.)

They might not even have been on the train if they had listened to the advice of friends. They were discouraged by a lot of people who said that Paris was dirty, there was nothing to see, it was too dangerous…They were struggling for a reason to leave Amsterdam, which was their favourite European city of the tour.

But they ultimately agreed to give Paris a shot. And the rest is history.

They received the Medal of the Legion of Honour in France, and international media attention and recognition from the President of the United States of America, but when their home town threw a parade for their arrival, Sadler said:

‘I want you to know, all the thanks we’ve received everywhere, it doesn’t feel anything in comparison to being in front of our home crowd like this.’

So, a good story, with a good outcome. A story where the protagonists, obviously young, at peak fitness and used to working together, acted selflessly.

The terrorist was heavily armed. Two people had already been shot. Yet they fought back with the tools that they had.

They did not have to consult a book with principles of the right and good thing to do. They saw it and they responded. I like to think that there was something in those actions which demonstrated their background in a Christian school with a service focus.

In fact, each one of them has credited their experiences at school and at church with giving them the courage to act. Alek, interviewed on Good Morning America said, ‘It was just the right thing to do’.

Let’s think about the two quotes I gave you earlier. It is pretty obvious, isn’t it?

‘For I know the plans I have for you…’, together with the quote from American Poet Henry Thoreau,  ‘Be not merely good, be good for something’.

Of course, everyone hopes that their lives won’t include the need to respond to an immediate terrorist threat. Yet the world is an uncertain place. The world in which we live is one crying out for people of integrity. It is a world where ethical decision making is being tested every day. A world where those who have a strong faith will be tested and tested again. And a world where people of hope will need to reinvigorate our major institutions – political, societal and social.

There’s one other thing. The story of the three young Americans that I told is in itself pretty simple. The action on the train probably took all of 20 minutes from start to finish. Yet Director Clint Eastwood turned it into a 1¾ hour film.

Clint Eastwood obviously knows about learning that matters. Most directors, having this material to work with, would have hired actors – probably Tom Cruise, Ryan Gosling or either one of the gorgeous and ridiculously talented Hemsworth brothers.

Most directors would have added a strong love interest, played up the disappointments that had faced all three men, provided a back story for the terrorist, and portrayed Europe as a potentially dangerous place.

Yet Eastwood chose the truth. He hired the three men to play themselves. He took their dialogue from their own accounts of the incident. He didn’t attempt to make them look more heroic than they were. He let the truth speak.

He understands the principles of learning that matters.

Eastwood also chose the beautiful over the shocking. His footage of Italy, of Venice, of Amsterdam, is inspirational. He chooses to show the three Americans thriving in an unfamiliar but beautiful environment, doing challenging things but having real experiences – including the party culture that all young people experience when abroad together.

He deliberately sought to open the eyes of young Americans to see that other cultures could be beautiful, even though they look different.

Eastwood chose truth and beauty above fantasy and shock value. He understands learning that matters.

So, what is the reason for mentioning the learning that matters?

Over the past two years, Principal Glen McKeeman and I have worked together with academics from Harvard University’s Project Zero. It has been a learning experience not only for Glen but also for your school, as Glen has sought to look at your past, present and future through the lens of what it is that will matter to students, what learning it is that will stay with them in the long term as our world becomes more uncertain.

In effect, it has been an exercise in Glen, and thereby your school community, taking the ‘Harvard Pause’.

And what do we learn from the Harvard Pause?

Glen’s discernment and wisdom has brought much to the discussion and to group understanding of the need for re-envisioning school life, and what can be taught at school. He has run a strong lens over the programs within the school, and his plans for the future. He has particularly used the lens of ‘Yes, but more…’

In looking at every initiative for this school, he has asked of himself and his team: what is there in this initiative that displays more than deep learning, more than a mere understanding of the disciplines, more than an approach of rigour.

In this way, Glen has been his own director, like Clint Eastwood using beauty and truth as the lens for his film.

Of course, Glen has done more than this. He has demonstrated to a broad group of principals, and of leaders internationally, that he is a man with a deep Christian faith and understanding, who can bring his experience of Christian service to every situation – and make it one of depth and humour.

And along the way, he has learned a lot. He has experienced the creative process, spoken to artists and musicians, looked at modern art (and appreciated it!), drummed with a street drummer in the Bronx, as well as workshopping with professors and PhD students at Harvard.

None of them will forget him, many of them might make their way to your school on the strength of Glen’s ‘Yes, and more…’ approach.

It’s a trait that I am sure he has passed on to the teachers at this school as well as the students.

I look forward to experiencing the great things that this generation of students will achieve.

My thanks, paid forward.

This is an edited version of Michelle Green’s speech to graduating students at Christian College Geelong, a Member School of Independent Schools Victoria.