Leading clinical psychologist Andrew Fuller makes the case why parents should take a clear and strong stand against their teenager drinking – and gives tips on how to have that tough conversation.

Without wanting to be too much of a wowser about it, our attitudes around drinking are seriously stuffed up. For example:

We live in a society that for some reason has forgotten that you can have celebration without intoxication. With this level of mixed messages floating around, teens are not going to be convinced to not drink alcohol unless parents take a clear, strong stand.

Ten quick reasons why under 18s should not use alcohol 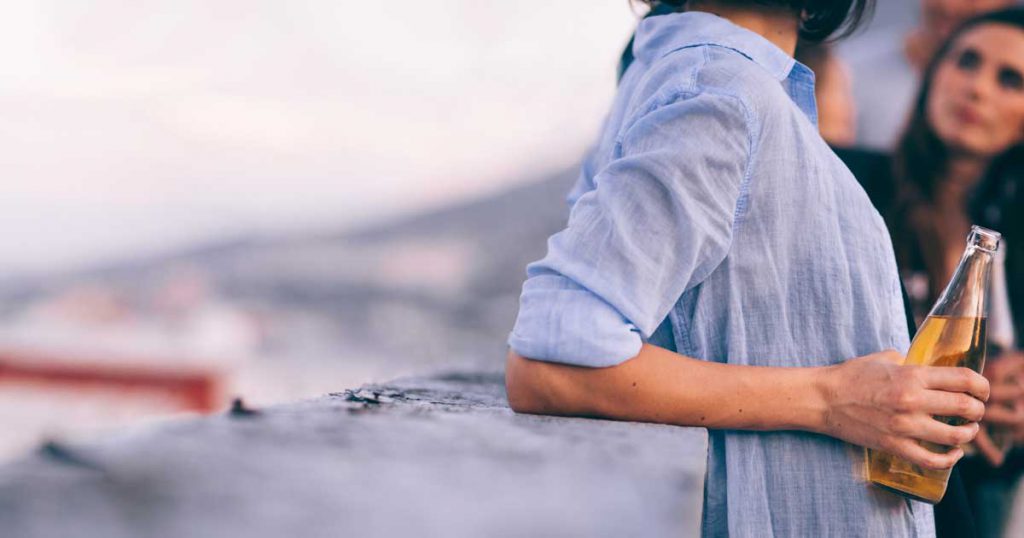 What teens want from drinking alcohol

Some teens want to drink at parties to get smashed, off their face, rat-faced blotto. These are the people who are most likely to become problem drinkers as adults. Having permissive parents who provide alcohol for them signals to them that getting blind drunk is acceptable.

Other teens want to drink at parties because it will lessen their anxiety. Parties are filled with romantic possibilities and teens are mostly pretty anxious about picking up.

We need to help our teens learn the art of talking to and mixing with other people. It also helps to point out the sexiest person at the party is unlikely to be the guy or girl who is sprawled unconscious, covered in their own vomit.

Some teens want to drink because it helps them to fit in. Teens are desperate to be accepted by their friends and will do almost anything to get that acceptance. Parents often sympathise with this but perhaps don’t think about what happens if their teen wants to fit in with another group, say heroin-using young people or a criminal gang.

Tips for talking with your teen

Teens need to know where you stand on this issue. Be clear and unambiguous.

Recognise it is tough. It is much tougher in this country not to drink, than to drink. Say, ‘I’m going to ask you to something tough. I know this is hard and I know you probably won’t agree: I don’t want you to drink alcohol until you are 18’.

If it helps you, use one of the ten reasons why alcohol should not be used by under 18-year-olds to justify your statement.

Expect disagreement. Expect, ‘Everyone else is’, ‘All the other parents let their kids drink’, ‘You are so old fashioned’, ‘You are the worst parent’, and ‘You can’t stop me,’ or ‘You don’t love me’.

Do not expect your teen to be swayed by the strength of your argument the first time you raise this issue.

There is no need for you to answer their claims in any great detail, so don’t get drawn into a long winded dispute. If it seems likely to become an argument say, ‘You’ve heard and know my position, let’s discuss it again when you had a chance to think it over’ and then move away.

If the discussion is calmer, you might consider outlining the consequences if you find they have been drinking alcohol.

Generally, teens will go away sulking and scheming and then come back to you to make a further argument in favour of drinking alcohol. Usually their new argument is based on their fears of social rejection as a dry, unfashionable nerd. Ostracisation and ridicule will be envisaged.

Stick to your argument. Eventually you will get to a point where you can start to plan strategies for handling the pressure to drink at parties.

Remind your teen that it is possible to have fun without drinking.

Andrew is a clinical psychologist specialising in the wellbeing of young people and their families. He is the author of Unlocking Your Child’s Genius. Copyright Andrew Fuller.